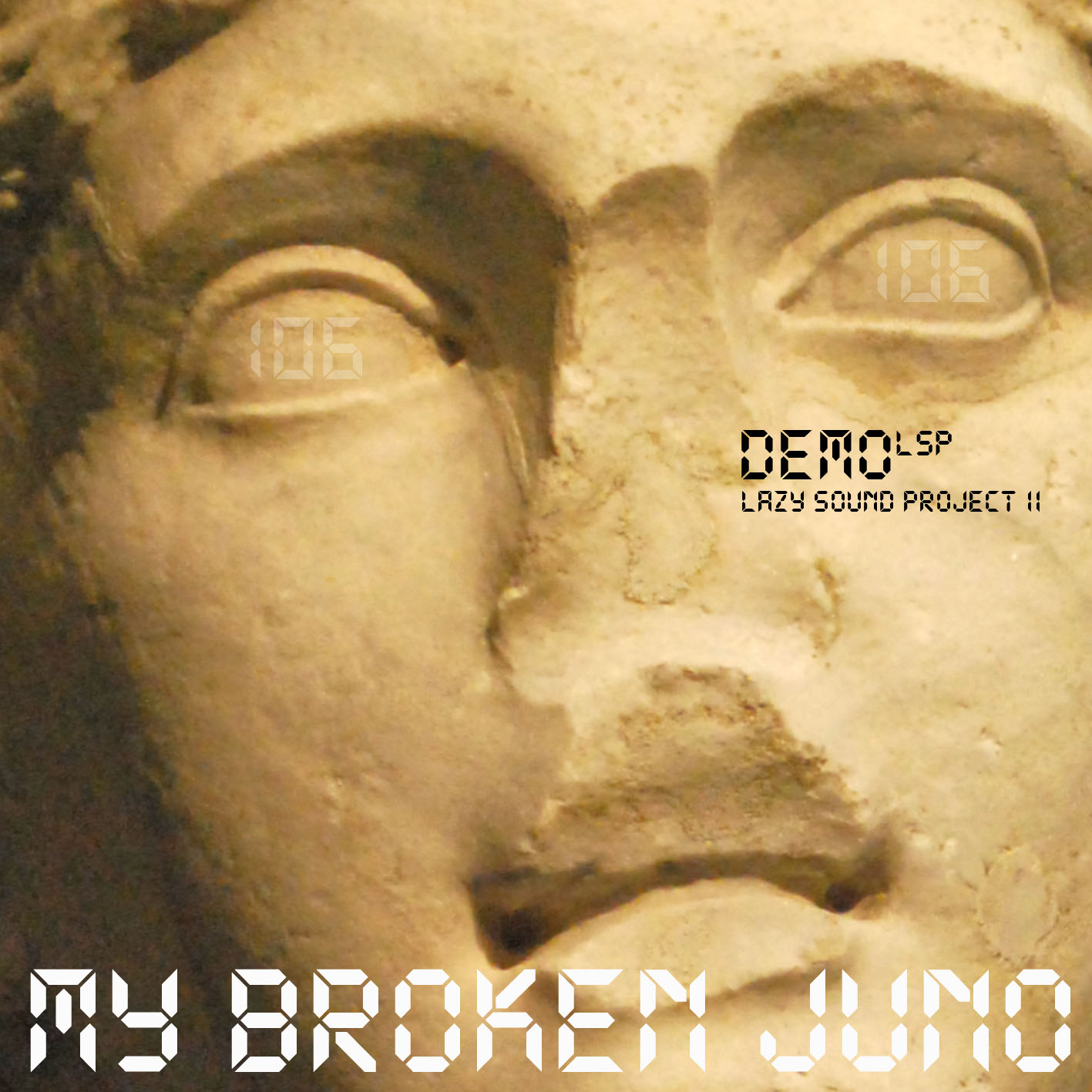 DEMO
MY BROKEN JUNO (Lazy Sound Project II)
Hazard Records, hr095 (2019)
Track List:
1. Solo-1 05:12
2. Duet-1 20:50
3. Solo-2 05:12
4. Duet-2 18:22
The Roland Juno-106 is an analog polyphonic synthesizer released by Roland Corporation in February 1984. It was one of Roland's best-selling synthesizers in the 80’s and is still well appreciated nowadays.
One of its typical problems is the failure of the voice chips, in which one or more of the 6 available chips become silent, quiet or crackly. This is what happened to my Juno, and before repairing it, I decided to do some recordings of its noisy sound: "Solo" tracks, in which the Juno-106 sounds "on its own", and "Duet" tracks, in which I additionally play and/or manipulate its controls.
FRONT Cover image:
The cover image was adapted from the following Marcus Cyron's photo of the roman goddess Juno in Boston's Museum of Fine Arts:
https://commons.wikimedia.org/wiki/File:Head_of_a_statue_of_roman_goddess_Juno_in_Boston.jpg
The photo was released under the Creative Commons Attribution 3.0 Unported
o-o-O-o-o-o
Public Domain
No Copyright
Free Download
www.hazardrecords.org
MMXIX

Uploaded by ankitoner on December 9, 2019